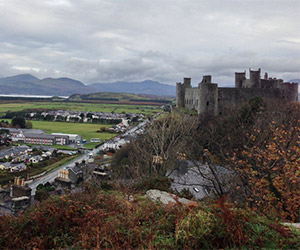 As it was my birthday I had booked the afternoon off work. This allowed me to met up with my girlfriend - Francesca, for a meal in Birmingham before we went see 30 Seconds To Mars (a birthday present from Francesca)

We had chosen to go for the meal at Del Villaggio, we had been previously and loved it. I ordered the Spaghetti Carbonara - Cured pancetta pork lardons cooked in a cream, egg yolk & parmesan sauce. I’m not really a champage drinker but as it’s was my birthday I gave the Peach Bilinis as try.

After the meal we had a few hours to kill before the gig started so we decide to take a walk through the Frankfurt Christmas Market.

I had spotted a stall that sold ‘honeywine’ which sounded interesting, upon tasting it, I found it to be disgusting (it tasted like Lemsip).

As we progressed up the market we found a stall that sold ink stamps, there were lots of interesting designs to choose from. I chose 2 different styles of the letter M and a spider on a cobweb. Francesca choose a letter F and a magpie.

The doors opened at 18:00 and the gig started at 19:30, we had seated tickets so we didn’t need to arrive super early. That said we got to the NIA at about 18:40 to see a very large queue at the doors for seated tickets holders. The supporting act was You Me at Six, I had never heard of them before but Francesca had, and seemed to enjoy them.

We drove to Harlech and arrived at Maelgwyn House Bed and Breakfast at about 16:00, it had just started to go dark. After we had unpacked the car, we decided to go for a walk around Harlech then find some food. We found that the place where we wanted to eat would not be open until 19:00, so we went for a little walk down to the beach. The path to the beach takes you through the Royal St Davids Golf Club and the sand dunes (which are very large - watch out for the Shai-Hulud). As we got on to the beach the tide seemed to be coming in and it was very dark. We turned around trying to spot Harlech Castle, failing to see it we thought it was a shame that they didn’t illuminated it at night.

The 1st night we chose to eat at Castle Cottage Restaurant, only serving a 3 course meal this was a slight concern but we went in anyway.

The walk back to the B&B was very cold, but thankfully our room was very warm. While we were out the owners had slipped a lovely birthday card under our door which was very nice of them. The room had an amazing view of the beach and sand dunes (which was the reason we had wanted to return to Harlech) and to our surprise the Castle had been illuminated making it look very impressive.

Time for breakfast, we both opted for the ‘Full Welsh Breakfast’ - 2 pieces of bacon, 1 sausage, half a fried tomato, mushrooms, black pudding, beans, fried bread and a fried egg. I managed to eat most of it but there was way too much food for me, putting me to shame Francesca managed to finish all of hers. We then started to chat with one of the owners, he told us that he had working in advertising and worked at a very well known advertising agency.

With our bellies full, we ventured out. While planning this weekend break, Francesca had found Llechwedd Slate Caverns. There are many abandoned slate quarries in wales, this one has to be the biggest caverns system I have been in so far. The attraction has 2 ways to explore the mines: The Deep Mine and The Miners’ Tramway. We did both tours, bumping my head on some very low ceilings, I was glad of the required hard-hat I was wearing. During The Deep Mine tour we stopped by a very beautiful underground lake.

When then drove back to Harlech we stopped at the car park close to the beach, as we wanted to visit the beach during daylight. As we walked toward the sea (the tide was out), Francesca spotted a small shell, that had a resident (hermit crab), she then torment every one she found, by flipping them over forcing them roll themselves back over and burrow into the sand to hide.

While driving back to the B&B, Francesca spotted the St. David’s Hotel - a eerie looking abandoned hotel. After parking the car at the B&B, we walked down to the the abandoned hotel. It looked like in it’s hey-day it would have been a very impressive building with amazing views, but now it is covered in overgrown plants and tree, and all the doors and windows are boarded up.

The 2nd night we chose to eat at Harlech Tandoori. I’m not a big fan of curries but the restaurant pickings were pretty slim (a few had closed during the winter season).

Too much food, I’m not sure if it was down to the large breakfast or that I had ate all the mango chutney, but I only managed to finish about half of the curry.

So we come the our last day of the long weekend. After yesterday’s very large breakfast I politely asked for a few slight amendments to my order - hold the sausage and black pudding, please. With those items removed I managed to clean the plate, yum yum.

After paying for the nights spent and saying goodbye to the lovely owners, we headed down to Harlech Castle. Having visited before, I pretty much knew what I wanted to see. I climbed the steps to the top of the north-east tower, and then sat down looking out from the top of the castle wall to the sea and sand dunes. This has to be one of the highlights of the trip, the castle offers such an amazing view of sea, sand and mountains.

Francesca’s last surprise for my birthday weekend, was to visit a little village known as Portmeirion, made famous for being a filming location in the 1960s television show The Prisoner. Walking around the village, I was reminded of my 23rd birthday holiday in Rome, when I was walking around the Roman Forum back in 2006. The village was designed and built by Sir Clough Williams-Ellis in the style of an Italian village.

During the drive back we drove past Llyn Celyn - a large reservoir in the valley of the River Tryweryn. We stopped even though it was raining, to take a few photos (some of which Francesca decide to spoil). As we continued our journey back we noticed that we would be passing through Bala, and decide that this would be a nice place to stop for a rest. We spotted a little cafe called Y Cyfnod which is on the high street, where had some hot chocolate and a cake before continue on our way home.

Places we visited in Wales