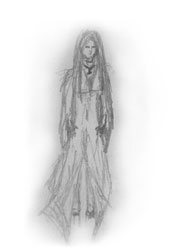 When you learn the story of the Grey Lady, you will understand why her ghost lingers around the grounds of Dudley Castle.

Her name was Dorothy Beaumont she once lived at the castle and died there at the time of a siege during the English Civil War in 1646. She was married to Second in Command of the Royalist that occupied Dudley Castle, they had a son but he had died only months after birth. Dorothy was maddened with girth and had become convinced that she had put the child down somewhere in the castle grounds, and all she had to do was to find that spot and there she will find her child.

Dorothy pasted away about a year later, her dying wish had been that she would be buried next to her child and for her husband to be allowed to attend the funeral.

Her wish was not granted, for the castle was under siege by the Parliamentarians and they had torn down the church where Dorothy child was laid to rest, her husband was not permitted to attend for fear of assassination, as one of his men had shot a enemy solider under a banner of truce.

There have been many sightings of The Grey Lady throughout the castle grounds, she is said to appear as though searching or pointing in the direction of the church where her child is buried.

The most well known sighting was when a tour guide had paid an actress to portray The Grey Lady during a tour. Before the tour had started the actress was told her cue and at that point she would walk out and down some steps. During the tour the confused tourists had pointed out to the tour guide that there are two ladies walking down the steps.

Is this the proof?

On August 30 2014 a Birmingham couple, Dean and Amy Harper, were looking through images they had taken earlier that day during their visit to Dudley Castle with their children, when the spotted something unusual.

"Amy saw a glow, as though a light was on, on the top window level. On zooming in we noticed on the bottom, inside an arch, there was a lady and what appears to be a girl, too. Neither of us are ghost hunters but we do wonder if this could be the Grey Lady ghost – the picture is quite clear." Dean and Amy Harper. 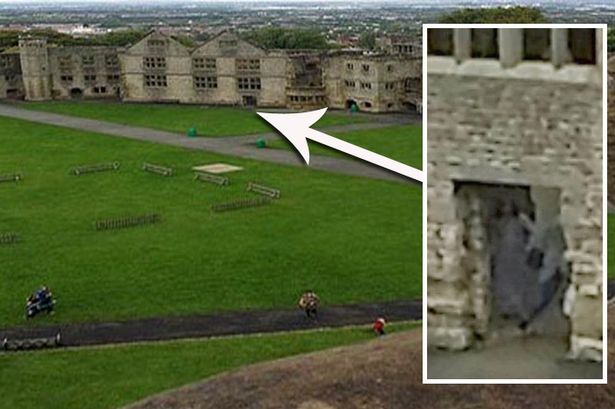 The image was taken from the top of Dudley Castle Tower using a Samsung Galaxy, and shows the courtyard of the Sharington Range - buildings erected within the castle in the mid-1500s.