The Boy at Witton Lake 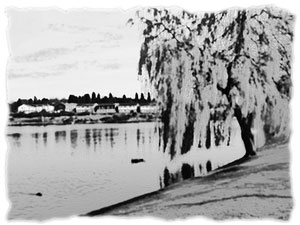 I heard this story when I was about 9 years old, I used to live in Perry Common and attended Perry Common Junior & Infant school. I am not sure how the subject came up, but it might have been during one of the school visits to the park/lake.

This is what I was told…

About 10 years or so ago a boy named Daniel was feeding the ducks on Witton Lake, he was somewhere between 8 and 10 years old. Daniel had become so engrossed in watching the ducks that he didn’t notice a gang of boys were walking up behind him.

The gang of boys grabbed Daniel’s bag that he had left behind him and they started to toss it around the group. The sudden commotion and laugher of the boys draw Daniel’s attention, he started to lunge after his bag attempting to get it back. The gang of boys soon got bored with the bag and started to pushing Daniel around. One of the boys got a bit too ruff and pushes Daniel a bit too hard, Daniel falls over and bangs his head pretty hard. The gang pull Daniel back up and continue pushing him around. This time Daniel stumble and falls head first into the lake.

The ducks scatter, the gang start laughing but quickly realise Daniel has not surfaced. One of the boys panics and runs off, another grabs a life belt and tosses it in. One of the other boys jumps in after Daniel, but the water is too murky for him to see under. With all the shouts of panic from the boys some adults that were passing by ran over. A man jumps in thinking the boy in the water is the one needing saving. He begins pulling out the boy that attempted to rescue Daniel.

Now it’s said that on the date of his death, if you speak his name in front a mirror at mid-night. He will appear and show you a vision of how he had died.