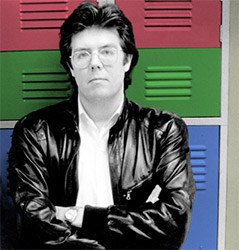 John Hughes happens to be the Writer, Director and Producer of one of my favourite 80’s films Ferris Bueller’s Day Off. Not seen it, What! You seriously need to sort out your priorities (It’s Amazing).

Erm, let me explain the title of this article for some sensitive readers. It’s a quote from another amazing film titled: Dogma. There is a scene with Jay and Silent Bob, you’ve got to know who these guys are, No? Damn, you need to get studying…

So during the scene in Dogma, Jay is explaining that he and his silent life-partner had went on a sort of pilgrimage to Shermer, Illinois (a fictional location where John Hughes movies are set). Check out the complete quote on IMDb.

Anyway, I kind of drifted slightly away from topic. My favourite John Hughes films are: The Breakfast Club, Ferris Bueller’s Day Off, Uncle Buck and The Great Outdoors.

Below I have listed some of movies that John Hughes was involved with: