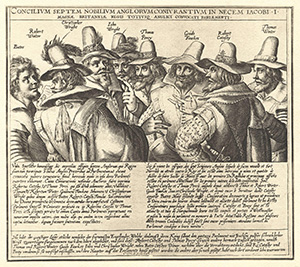 It’s the 5th of November, but has the real meaning behind this night been lost amongst the festivities?

The Gunpowder Plot of 1605 was a conspiracy of treason, where 14 men planned to assassinate King James I of England during the State Opening of England’s Parliament on 5 November. They had planned to blow up the House of Lords using 36 barrels of gunpowder — enough to reduce the building to rubble.

Around midnight on 4th November 1605, a search was carried out at the House of Lords and Guy Fawkes was discovered in the cellars guarding the barrels of gunpowder. Fawkes was arrested; and although many of the other conspirators fled to London, they were later all either killed or arrested.

At their trial on 27th January 1606, eight of the survivors (including Fawkes) were convicted of high treason and sentenced to be hanged, drawn and quartered.

Days before the execution, Parliament passed the Observance of 5th November Act 1605 to mark the king’s apparent deliverance by divine intervention. That date would henceforth be held as a day of thanksgiving.