Is There Anyone Out There? 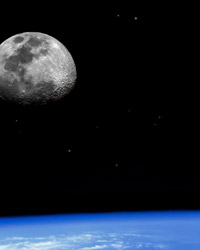 Sometimes I wonder if there is life on other planets and if I would ever meet an extra-terrestrial.

The question is would they really want to me us?

Think about it, we broadcast lots of information. All those films about alien life forms that are set to destroy the earth and we then attempt to kill them. Doesn’t paint a pretty picture to potential visitors.

Someone once told me an alternate version of our creation.

Human life is just an experiment of aliens, they found a habitable planet then created us. Let us grow and develop in accordance with their experiment (every now and again they sometimes have to intervene and change a path that they believe would be detrimental)

I do like this idea. However I don’t think we are an experimental race created by alien beings.

I believe that there are aliens out there, whether they’re more advanced or not. It’s just going to take time for us to finally make contact.