If I Could Change One Thing 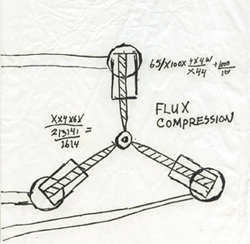 This is something that most people have thought of at least once: To go back in time and change something…

Well lets say we have the technology

You have the chance to go back to any point in your past, change one choice or decision that you made.

Everyone has at least one thing that they regret, or believe that their life would turn out different only if…

For any one that has seen “Back to the Future”, you will know that there are a few certain rules you must adhere to:

So what would you change?

If I was given the chance to go back and change anything, I believe it would be to change a choice I made during secondary school.

About a third of the way through my 3rd year, I had to make a choice of which direction I would like my education to go.

I had to choose 2 subjects that I would like to continue to take along with the regular curriculum. I chose to continue studying: Art and Information Technology.

I really enjoyed the drama lessons that I was involved in. One of our assignments was to partner up and acted out the riddle scene from The Hobbit, I played the part of Gollum. We worked very hard learning the lines, and were told we gave the best performance in the year.

I was also included in a day of learning the art of puppeteering. A guest teacher came to our school with an array of puppets. We were shown how to bring them to life and setup a few scenes.

History and Geography also interested me. I enjoyed learning about the Tutors and Stuarts, the Black Death, the Great Fire of London, volcanoes, tectonic plates, earthquakes and reading a map / using a compass (orienteering).

But at that age I had no idea of what career path History or Geography would lead me. So the change I would make would be to swap Information Technology for Drama.

Hey you never know, you could see me in the next blockbuster.